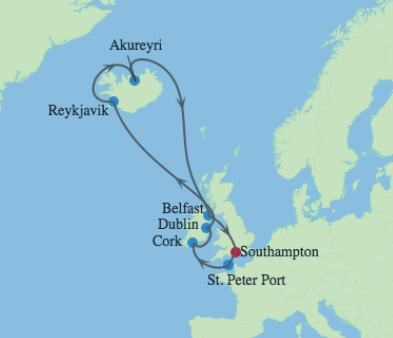 Dr. Lin is the Director of the Primary Care Initiatives, Canadian Heart Research Group and is the Medical Director of LinCorp Medical Inc “Learning through Understanding”. He has previously held the position of Medical Director at the University of Toronto’s Health and Wellness Centre. He is a lecturer and speaker with two busy family practices in Toronto, and is a health columnist for CBC Radio across Canada. Dr. Lin is also a consultant for Perspectives in Cardiology, and on editorial board for The Canadian Alzheimer Disease Review. 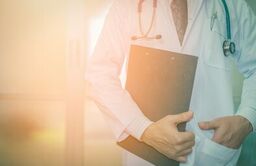 Southampton is a bustling port city bursting with history, as well as shopping opportunities, great restaurants, and superb pubs. Located on England’s southern coast, the area has a deep connection with WWII, having been used as a staging area for the attack on D-Day. It’s also well-known to be the home port of the Queen Mary 2. Today, the city is largely defined by its universities and retail shopping. The real sightseeing, however, happens when you use this port as a jumping off point for attractions found outside, yet relatively close to the city. For instance, London is but a little over an hour away by train. You can also take a ferry to the Isle of Wight, an English holiday favorite with 25 miles of coastline, sand dunes and dramatic white cliffs. While on your Southampton cruise you can also visit the nearby, quaint town of Windsor where you can visit the many boutiques of High Street or enjoy a tour of historic Windsor Castle.

Saint Peter Port is 24 square miles unspoiled British isle. Overlooking a picturesque harbor the view is truly inspiring. Stroll along cliffside paths and through the rustic interior. The breathtaking scenery and peaceful ambiance make this a vacationer's paradise.

Affectionately referred to as ‘The real capital of Ireland’, Cork is a musical and resilient place where tradition and modernity often meld; where live music and local pride are the order of the day. Navigate Cork's hilly streets and discover the melody of Ireland's most talkative citizenry with their signature gift of gab. The seaside town of Cobh is located on the south coast of Ireland in County Cork and is considered one of the world’s most noteworthy, natural harbors. For history buffs, Cork is also a great find. Ring the Shandon Bells inside the 300-year old tower of St. Anne’s Church. Admire the French Gothic spires of St. Finbarre’s Cathedral and stroll through 17th-century alleys surrounded by the River Lee. Ireland’s second city is fast becoming one of Europe’s most playful destinations. You’ll easily find yourself downing a pint of stout in a cozy pub or enjoying hearty Irish favorites at a corner bistro on your Cork cruise. The town also boasts an array of market-source international restaurants serving French, Spanish, and American cuisine. Visit local artisans and witness their skills in the arts of weaving and cutting crystal. Cork is filled with the lore, tradition, and good cheer of Ireland at its best.

Dublin is thought to be almost a thousand years old, but the city has transitioned well into the 21st century. Easily navigated by foot, the city’s 44 square miles and cobblestoned streets speak to its storied history of patriots and writers, the latter of which includes: Joyce, Yeats, Wilde, and Beckett. Must-sees include Trinity College, St. Stephen’s Green Park, Newgrange, Dublin Castle, the National Museum of Ireland and the James Joyce Cultural Centre. However, your Dublin cruise is not complete without a pint (or two) of Guinness and an afternoon-into-evening spent in one of the city’s many pubs. Travel to the seaside town of Malahide to enter its grand castle set amid 250 acres of breathtaking grounds. Climb the stone stairway and explore the castle’s Great Hall and intricately carved Oak Room. Afterwards, head to Malahide Village and stop in local pub for an Irish Coffee and some good cheer. Delve into Ireland’s past with visits to a pair of storied landmarks. First, enter Dublin Castle, symbol of English rule since the 13th century. Tour its apartments adorned with Killybegs carpets and Waterford chandeliers then visit the Old Library at Trinity Collage to view the mysterious Book of Kells, Ireland’s most treasured medieval manuscript.

Iceland's capital and largest city is located on the country's southwest coast at the head of Faxafloi Bay. Settled in 877 A.D., Reykjavik has grown into an important seaport and center of government and education with theatres, museums and observatories. Interestingly, this modern city still chooses to use water from nearby hot springs to heat all of its buildings. And you’ll find on your cruise to Reykjavik that the culinary scene is eclectic and awesome. The seafood is amazing just about anywhere throughout the city and traditional Nordic salt cod or fish stews are readily available. But there is no shortage of international culinary favorites like French and all sorts of new Nordic fusion-style options as well. Explore the city’s artistic boutiques for authentic Icelandic souvenirs and trinkets, like music boxes, unique clothing, driftwood furniture and fish-skin handbags.

Akureyri, Iceland is the country’s second-largest city and one of the country’s most important ports and fishing centers. Affectionately known as the Capital of North Iceland, it has a cool café scene, a growing gourmet movement, and a bustling nightlife that proves this city is more than meets the eye. From fabulous summer festivals fueled by the Midnight Sun, like the Akureyri Summer Arts festival (late June-late August), to some of the best skiing this side of the arctic circle, Akureyri, Iceland is a laid-back Nordic city and a study in contrasts. Soar into the blue sky to discover Grimsey Island, home to only 92 residents and thousands of sea birds. The city’s Botanical Gardens is famed for its collection of high-latitude plants and well worth a visit. Explore the ancient lava formations of Dimmuborgir and the geothermal landscape of bubbling mud and hissing fumaroles at Namafjall Mountain. The Great Fish Day of Dalvik, on the second Saturday in August, where revelers feast for free on the North Atlantic’s bounty is a paradise for seafood lovers. The city is best known as the gateway to Iceland’s natural wonders – thundering waterfalls, gurgling lava fields, snow-capped mountains, sweeping fjords, and robust folk culture. Whatever you choose, it's sure to be the adventure of a lifetime.

Belfast has undergone an enormous transformation in recent years and, thanks to a focus on expansion and regeneration, the city is now experiencing a tourism renaissance. Today, free from the mayhem that once was, this capital city of Northern Ireland has done a terrific job in both recovering from her tumultuous recent past and creating a thriving, positive public image. With new cultural quarters—the Cathedral Quarter, the Gaeltacht Quarter, the Queen’s Quarter and the Titanic Quarter—the former linen and shipbuilding epicenter is a flourishing community that blends industry with culture. Here, where the Titanic was so carefully built, you can see beautifully restored Victorian architecture, indulge retail therapy at a fabulous shopping center, and enjoy the quintessentially Irish experience at the lively waterfront, which is a friendly hub of live music, overflowing pubs and modern art. During your cruise from Belfast, experience amazing waterfront lined with modern art galleries, clubs that feature music from artists both local and from abroad, a chef-driven food scene that favors local and seasonal ingredients, and pubs pulsating with the Belfast way of life.