Onboard the Silver Moon 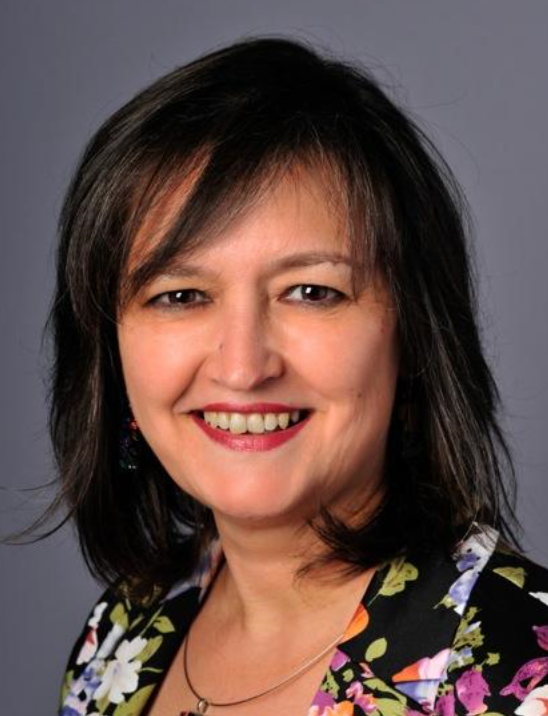 Dr. Hatcher graduated with her MD in 1982 from Memorial University of Newfoundland. In 1984, she received certification with the College of Family Physicians of Canada(CFPC) and in 1994, was certified with the Canadian College of Health Service Executives. In 1998, she received the Canadian Psychiatric Association’s annual Mental Health Awareness Award. In 2001, the College of Family Physicians of Canada awarded her a fellowship. She has been doing pain management for over 25 years. Her focus is on a bio-psycho-social approach to pain management. She does a significant amount of teaching in chronic pain across the country and is a physician assessor for the College of Physicians and Surgeons of both Ontario and Newfoundland & Labrador. She chairs a subcommittee for the National Opioid Use Guideline Group. She is a member of the Canadian Academy of Pain Management and the Canadian Pain Society. She is a committee member of the CFPC community of practice in chronic pain. She is an Associate Clinical Professor of Family Medicine at McMaster University and Chief of Family Medicine at St. Joseph’s Healthcare in Hamilton, Ontario. 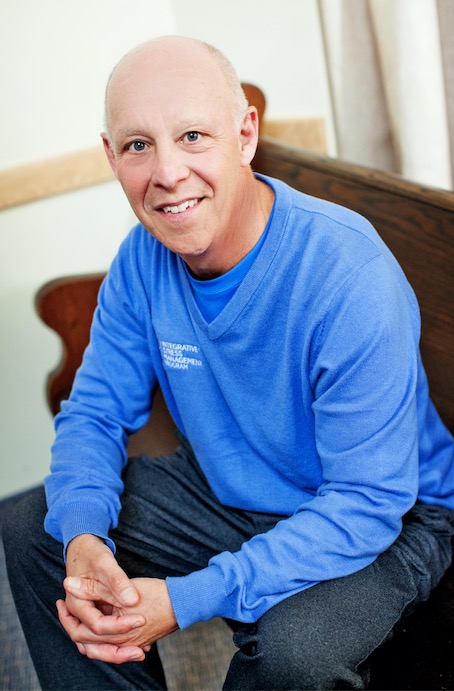 Click here to watch a video about the Panama Canal crossing!

When dining aboard Silversea ships, gastronomic excellence is a given, thanks to our partnership with the prestigious Grands Chefs Relais & Châteaux. Renowned for culinary excellence and innovative spirit, Silversea’s luxury cruises offer a choice of open-seating dining options throughout the fleet, as well as several specialty venues. No matter where you dine, there will be great diversity and freshness in your  selections. Dine amid sparkling crystal, silver and sweeping ocean views in our main dining room. Join friends or find a table for two, and enjoy Continental or regional specialities impeccably presented and graciously served. The Restaurant is an open-seating dining room, which means there are no assigned times, no assigned tables. You are free to arrive at your leisure and dine with whomever you choose. For a more casual dining experience, enjoy a meal at the Grill for soft breezes and ocean views, especially as the sun goes down. Cruise guests can gather at the outdoor bar and talk about the day’s events.  Complimentary room service is also available for all guests.

Imagine exploring the history and culture of captivating destinations before you ever step foot off your ship. Our knowledgeable team of onboard Destination Consultants is delighted to share their regional expertise to Silversea guests, with informal discussions throughout your voyage and commentaries from the bridge. Elevating your cruise travel adventure to more stimulating heights. Gain an insider’s perspective on your voyage’s destinations. From where to shop, to top-rated eateries, and the area’s must-see sights. Ensuring you will journey ashore like a true native. While on your luxury cruise, embark on a personal  journey of wellness to complement your global adventures. Work out in the well-equipped Fitness Centre, take a class in circuit training or Pilates in the aerobics room, and let the sauna and steam rooms work their magic to soothe every muscle. Silversea offers seminars ranging from aromatherapy and nutrition to how to burn fat. A holistic approach to wellness fully integrates exercise, fitness and spa therapies with health lectures and nutritious dining to help you maintain a healthy lifestyle, even while away from home.

Inclusive Amenities for All Guests

Splashing colour and culture into the arid Peruvian landscape, Lima is a city bedecked with grand colonial splendour. Founded in 1535, this sprawling capital enjoys a breezy oceanfront location and forms one of the world's largest desert cities. A place of sharp contrasts, almost 10 million people are packed into the city, occupying vastly different living conditions. Visit for an unfiltered experience of this richly layered place of ancient history, colonial relics and dazzling flavours. Rising from the misty blanket of the garua - a persistent fog that cloaks Lima during winter - you'll find one of South America's most culturally vibrant cities. The former capital of the Spanish colonists - head to Plaza de Armas to immerse yourself in the heart of the old city.

Ancient cultures and magical ruins wait to be discovered along Peru’s compelling western coastline. With the Andes rising nearby, and the deep blue Pacific’s waves lapping against its sun-parched shores, this is a unique and inspiring place, where wonders from yesteryear exhibit amazing geometric patterns and stylised artwork. Salaverry welcomes you ashore close to Trujillo, Peru’s second-largest city, set in a land scattered with impressive ruins and archaeological treasures left by ancient civilisations. Sugarcane, pineapple and asparagus grow in the fertile Moche Valley, and this area is sprinkled with immense, impressive ruins from the Moche and Chimu cultures. The sprawling Chan Chan Ruins are all that's left of a mighty, pre-Columbian city, moulded from sand and mud. The city rose between 900 and 1470, and was the capital of the Chimor empire.

A onetime sleepy fishing village with an unsuccessful history of warding off pirates, Manta today booms with all the hustle and bustle of a medium-sized city. Ecuador's second-largest seaport's newest incarnation is that of a port of call, where large ships stop on select South America itineraries during the December-April season. Organized shore excursions take you shopping in nearby Montecristi, or via a flight to Quito, then overland to the markets in Otavalo.

Expect incredible morning views as you arrive into the port for Panama City. Tinged with a silver pre-dawn light, the city will metamorphosise into a golden glow as the sun rises above it. And from then on expect one stunning view after another. Very interesting in its own right, Fuerte Amador is obviously overshadowed by its proximity to Panama City. So should the Miraflores museum of the Canal, which offers a comprehensive and immersive tour of the Canal including a 3-D experience, four exhibition halls, an observation deck, and a surprisingly good restaurant not interest you then there is always the option of lovely Casco Viejo – literally the old quartier of Panama. The grand old colonial houses, cobbled streets, independent boutiques and buzzing street scene make this a must stop on your itinerary.

Enter the mighty Panama Canal, one of history’s most ambitious and spectacular stretches of waterway. Connecting the Atlantic and Pacific oceans, and slicing through the heart of a continent, the canal is a staggering engineering triumph, eliminating the need to traverse the treacherous waters of South America and Cape Horn. Sail one of the world’s great canals to appreciate the true scale of this achievement, as your ship manoeuvres between its vast, gushing locks and huge lakes. The French began construction in 1881, but the costly project was left abandoned and unfinished until the United States finally completed the work in 1914. Following the path of the Panama Railway of 1855, locks raise ships large and small 26 metres up above sea level to the canal’s elevated channel. New locks have recently been added, which allow the canal to accommodate ever bigger ships.

Christopher Columbus became Costa Rica's first tourist when he landed on this stretch of coast in 1502 during his fourth and final voyage to the New World. Expecting to find vast mineral wealth, he named the region Costa Rica ("rich coast"). Imagine the Spaniards' surprise eventually to find there was none. Save for a brief skirmish some six decades ago, the country did prove itself rich in a long tradition of peace and democracy. No other country in Latin America can make that claim. Costa Rica is also abundantly rich in natural beauty, managing to pack beaches, volcanoes, rain forests, and diverse animal life into an area the size of Vermont and New Hampshire combined. It has successfully parlayed those qualities into its role as one the world's great ecotourism destinations. A day visit is short, but time enough for a quick sample.

Guatemala's short Caribbean shoreline doesn't generate the buzz of those of neighboring Belize and Mexico. The coast weighs in at a scant 74 mi (123 km), and this mostly highland country wears its indigenous culture on its sleeve and has historically looked inland rather than to the sea. You'll be drawn inland, too, with a variety of shore excursions. This is the land of the Maya, after all. But there's plenty to keep you occupied here in the lowlands. Tourist brochures tout the Caribbean coast as "The Other Guatemala". The predominantly indigenous and Spanish cultures of the highlands give way to an Afro-Caribbean tradition that listens more closely to the rhythms of far-off Jamaica rather than  taking its cue from Guatemala City. Think of it as mixing a little reggae with your salsa.

Diverse and joyously discordant, Belize City is a place of beachside luxury, colonial pomp and authentic ramshackle streets. While no longer the official capital of Belize, it remains the country’s busiest and most populated city. Listen closely to the hum of chatter from the locals, and chances are you’ll only pick out fragments of the sentences exchanged, as the languages in this diverse location have merged and diverged over the years. Various creoles are spoken, adding extra colour and vitality to this lively, multicultural destination. Belize Tourism Village’s leaning wooden huts and swaying palm trees invite you ashore, and you can share a welcome drink by the waves, or shop for hand-carved souvenirs. Offshore, gorgeous beaches and sparkling marine life await at the gorgeous Turneffe Atoll.

Dive into the exuberant, colourful world of Cozumel - a Mexican island of exceptional scuba diving, snorkelling and dazzling beaches. Abundant underwater ecosystems swirl among reefs of black coral - attracting experts and beginners alike to the azure waters of this island. Mayan mythology says Cozumel was the sanctuary of the Goddess of fertility and love, Ixchel - and this seducing Mexican island of adventure and allure leaves all visitors head over heels. Waiting across the Carribean waters from Playa Del Carmen, and a world away from its lively resorts, Cozumel is an idyllic land of gently curving palm trees and tropical shores. Playa Palancar occupies the western coast, with velvety powder and balmy Caribbean seas. Relax, with just the notes of the washing sea and whispering palm trees accompanying you during splashes through the shallow waves or tanning sessions on the soft sand.

"Miles of sandy beaches, lively outdoor events, and a charming web of waterways help to make Fort Lauderdale a relaxed, vacation capital of Florida. The excitement is palpable, as cruise ships and gleaming yachts gather in the harbour ahead of adventures and luxury journeys across the waves. Soak up the relaxed atmosphere in the canal-laced 'Venice of America,' as you enjoy big label shopping on Las Olas Boulevard - or visit fancy restaurants and bustling art galleries. For a wilder experience, the swampy wetlands of the Everglades sprawl away nearby. Fort Lauderdale Beach is a lively stretch of sand, bordered by palm trees, and sprinkled with crowds enjoying the Sunshine State's generous weather. The charming promenade of red-brick tiles extends right along the beach's length and rumbles with passing rollerbladers and cyclists.