Onboard the Celebrity Reflection 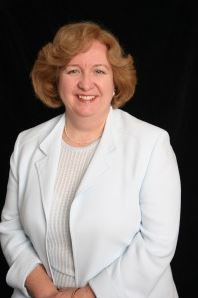 Dr. Julia Alleyne is a professor appointed at the University of Toronto, Department of Family and Community Medicine and teaches in the undergraduate, post graduate and Master’s level programs. Her clinical work is based at Toronto Rehab where she is the Clinical Lead for Out-patient Services. In 2009, she completed her Master’s with a focus in Health Professions Education. Since that time, she has been active as an educational curriculum consultant including the clinical lead for Ontario’s Low Back Pain Strategy and program designer for the MSK Initiative in British Columbia. In 2013, she was appointed as the first Family Physician to be chair of Bone and Joint Canada. She was the Clinical Lead on the development of the CORE Back Tool, CORE Neck Tool and the OA Tool (Osteoarthritis). She has a long history as a Sport Medicine Physician including being selected to 5 Canadian Olympic Teams and was the Chief Medical Officer for the 2015 Toronto Pan American Games. She was honoured by the Canadian Association for the Advancement of Women in Sport and Physical Activity as a recipient of the 2003 and 2015 Most Influential Women in Sport and Physical Activity Award. She enjoys cruising and finds that through her teaching, she continues to learn a lot! 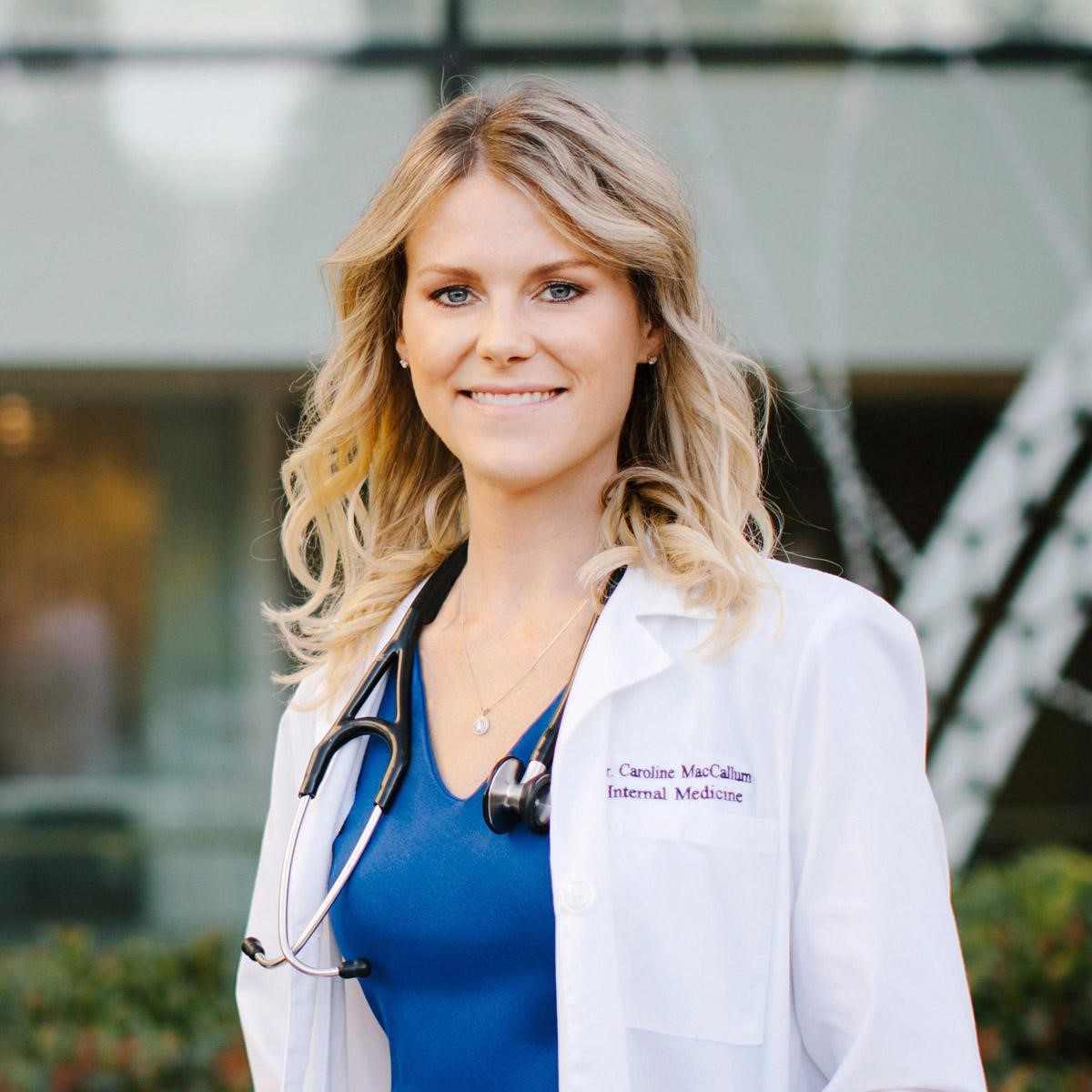 Dr. MacCallum is an internal medicine specialist with expertise in complex pain and cannabinoid medicine. She is a clinical instructor in the dept of Medicine; adjunct professor in the faculty of pharmaceutical sciences program, and associate member in the dept of palliative Care at the University of British Columbia. She is the medical director at Greenleaf Medical Clinic where she has assessed and developed cannabinoid treatment plans for more than 3,000 patients using legal medical cannabis approved by Health Canada. Her publication Practical Consideration for Medical Cannabis Administration and Dosing is the first of its kind on medical cannabis dosing. She has presented internationally on the topic of cannabis and is the expert for several medical cannabis courses; has qualified as a medical cannabis expert and testified in arbitration for a claim involving a challenge to Health Canada’s 24-hour rule for cannabis impairment. She is working with university research groups, hospitals, health benefit programs, provincial and national committees to create; cannabis guidelines, safe THC prescribing practices, clinical trials, patient registries and adverse event monitoring. She is particularly interested in studying cannabis as a substitute for opioid and polypharmacy reduction, standardized product and testing, and impairment.

Dr. Alderdice completed Medical School at Memorial University of Newfoundland in 1976 and went on to do her Family Practice Residency in Saskatoon, Saskatchewan. She then did her Rheumatology fellowship at University of Toronto and was Associate Professor at Faculty of Medicine, Memorial University of Newfoundland and Head of Rheumatic Disease Unit from 1982-2003 when she made the move to Guelph and private practice in Rheumatology and Osteoporosis. She counts herself lucky for being one of the few Clinicians allowed to report BMDs, outside of Radiologists.

Celebrity Reflection® boasts an expanded deck, 72 additional staterooms, extra seating in the main and specialty restaurants, more sun lounges on the pool deck, and more seats in the theatre. Celebrate the flavorful joys of outdoor grilling at the new Lawn Club Grill. Enjoy more than 20 delicious dining options in the Main Restaurant. Unwind in your own cabana-style haven at The Alcoves. Treat yourself to new spa innovations at the enhanced Canyon Ranch SpaClub®. Your vacation time is precious. Time aboard Celebrity Reflection will make the most of it.All staterooms include:QsineHands down one of the most unique and popular restaurants in our fleet. So, we’re taking it even more global by adding a Qsine®to Constellation. Everything here is “uniquely unordinary,” from the inventive twists of favorite dishes to the playfully quirky ambiance (yes, the chandeliers are oversized, upside-down table lamps) and the iPad®menus. Prepare to embark on a culinary journey that will have every one of your senses humming.Canyon Ranch SpaClub®Relax and rejuvenate in our serene spa at sea. Experience the unique services of Canyon Ranch in a breathtaking setting—aboard Celebrity's modern luxury ships. Enhance your vacation with a complete wellness and lifestyle program that increases resilience, restores serenity, and helps you feel rejuvenated.AquaClass® StateroomsSpa-inspired staterooms featuring indulgent amenities like a Hansgrohe® shower tower and custom blended bath products to help you feel restored and renewed. Complimentary access to our relaxing Persian Garden. Plus, priority access to Blu restaurant serving breakfast and dinner.Celebrity iLoungeKeep in touch 24 hours a day in the Celebrity iLoungeSM, our one-of-a-kind hip Internet lounge that is the first Apple® Specialist at Sea. Celebrity iLoungeSM also offers various iLearn classes to help you master the latest photography, video and audio skills.Michael's ClubA private lounge for those in Celebrity, Signature, Royal, Penthouse and Reflection Suites, as well as for Captain’s Club Zenith members. This luxurious club features a large-screen TV, reading areas stocked with magazines, newspapers, and books, a premium continental breakfast, light lunch, and self-service snacks. Pre-dinner drinks are complimentary between 5:30 and 8 PM daily. Its dedicated Concierge can help arrange your specialty dining, shore excursions, even handle inquiries about various ports of call. Desk hours vary by itinerary. Michael’s Club is available 24 hours a day.BluAs an AquaClass® guest, you can enjoy Blu, your own exclusive restaurant for breakfast and dinner. If the concept of "spa restaurant" causes you or your significant other to think you'll never see a steak or a rich dessert on the menu, that is definitely not the case. The cuisine at Blu is simply an imaginative way of preparing popular dishes without fussiness or pretense. Tender steak is served with a flavorful truffle vinaigrette instead of a heavy béarnaise. We call it "clean cuisine."Concierge ClassDesigned for the traveler who settles in nicely to veranda staterooms where little details make a big difference. Savor unexpected delights such as complimentary shoeshine service. The attention to detail will amaze you, even as you sleep on the perfect pillow you've selected from our pillow menu. If personalized Concierge service, priority check-in and early disembarkation appeal to you, Concierge Class is your clear choice.AquaClassThese veranda staterooms offer spa elements infused into the stateroom experience and priority seating in the chic AquaClass restaurant, Blu. These spa-inspired staterooms, offer unlimited access to the AquaSpa® Persian Garden as well as a host of other soothing extras. If you love the spa, there's no finer way to travel.SuitesOur spacious suites transform your vacation into a completely indulgent experience. Book this type of stateroom and enjoy special privileges plus an extensive list of amenities including European-style butler service (except Celebrity Xpedition).